My Wonderful 48 Hours At Harlyn Sands 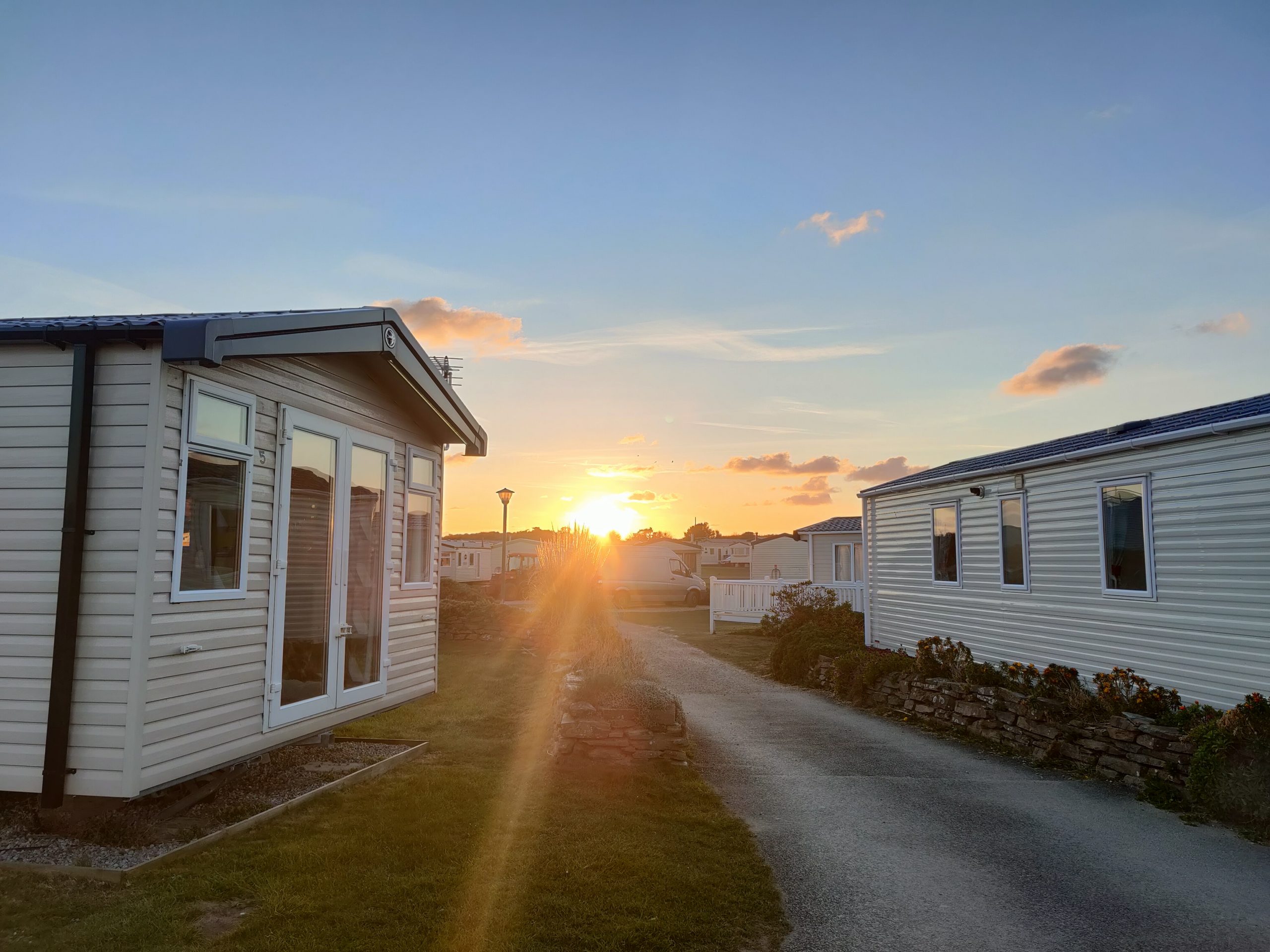 The car is packed to the rafters, it’s surprising how much stuff you think you “might need” for three people to stay in a caravan for the weekend. It’s time to pick up the youngest from school and hit the road! Hopefully we’ll get a head start over all the other lucky people making their way to Cornwall for the weekend and beat the traffic!

Dad, not a fan of camping, is asleep before we reach the Tamar Bridge. As we’re only coming from Plymouth, I’m not sure if we should be impressed with the speed of his nap or concerned.

Up and down the windy hills of Bodmin Moor. Passing remnants of days gone by in the form of old tin mines.

Mum and the younger play a game of “who can see the sea first”, just as Dad stirs awake after a bump in the road.

“There it is!” We shout in tandem. We’re nearly there!

We pull up to the site, hop out and are greeted by the friendly face of Becky. Handing us our keys she directs us to our home for the weekend. “along the road, pass the park, to the end, then right at the ‘beach’ sign”. Excited to begin our holiday, we hurry off.

We’re in. The bags unpacked. The sun is shining and glistening over the bay. The view from the lounge of our van is without a doubt the most beautiful. I could sit here for hours! But alas, Cornish Fish n Chips are calling us! So back to the car we head down to Padstow in search of Chip Ahoy, at the team’s recommendation.

The town of Padstow is a very easy 10 minute drive from Harlyn Sands with some glorious views along the way. Though we were visiting off peak, we never had any trouble finding a parking space in the town.

Chip Ahoy did not disappoint! Chunky pieces of fish, wrapped in crisp light batter. We enjoyed ours whilst watching the trawler boats coming in on the river before heading back to Harlyn for some fun in the Bar.

It didn’t take long for our shy little one to make friends when we came to the bar. Everyone here seems to be so friendly and welcoming! But after a long day of school and work, it’s time to head back to the van and get some sleep. We’ve got a busy day exploring to do tomorrow. 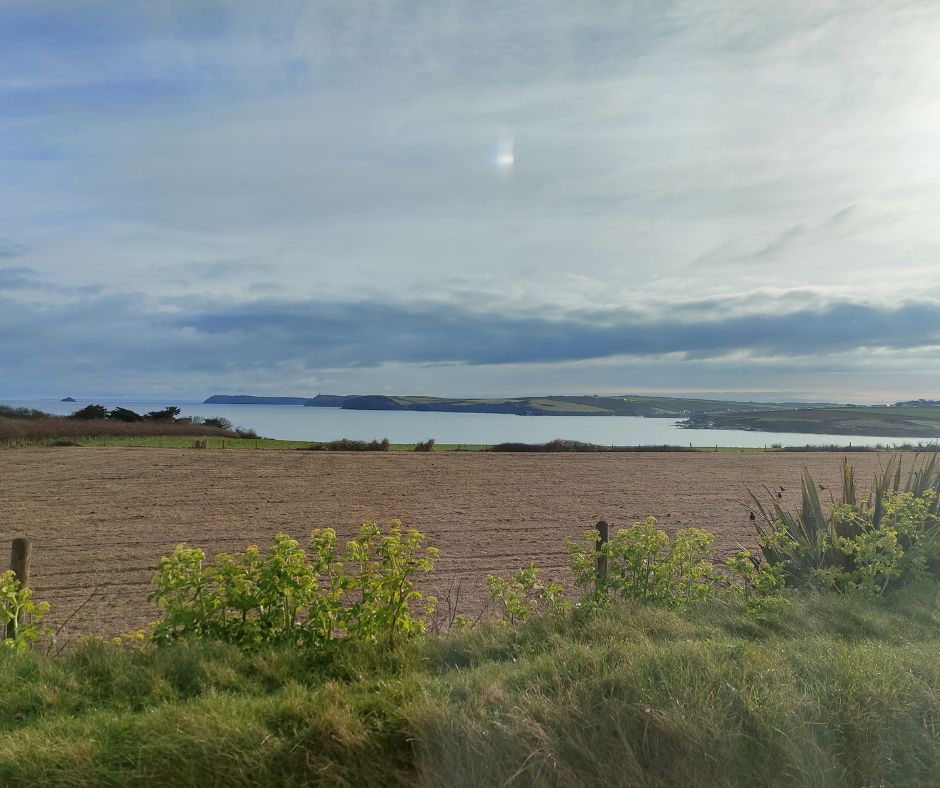 Coffee on the deck, listening to the sheep in a neighbouring field and taking huge deep lungs full of salty sea air. Could this be paradise?

We all had such a good sleep, the beds were really comfortable. As we’d brought our own bedding, there were no stiff necks from pillows either too hard or too soft as is often the case.

The shower… WOW the shower! I don’t know why, but we didn’t quite expect such a wonderful hot shower in our van, so we were very pleasantly surprised. The pressure was on point. I think Dad might be changing his mind about caravanning!

Today we plan to head back to the town to explore some more. The first stop is to find somewhere for breakfast. Our van had all the pots, pans and a gas hob to make our own, but we’re on holiday so, why not?!

After a wander around the beautiful galleries and shops, it would have been criminal not to stop for a Cream Tea. Of all the many tea rooms, we chose Cherry Trees Coffee House on the harbourside. A quaint little coffee shop with humongous tempting cakes towering over the counter by the door. Sticking to our guns, we each ordered Cream Tea. Now, if you’re not from these parts, Devon and Cornwall are locked in fierce debate about how to prepare your scones. Those from Devon say cream first, Cornwall say it must be jam first. Of course being from Plymouth, we opted for the *right way, much to the jovial disdain of our waitress who made sure to point out our ‘error’.

Back at the van now, it’s about time the little one and I ventured down to the beach before dinner time. This we came prepared for, a BBQ, it’s the obvious choice, so we’re leaving Dad to do his thing.

The gentle downhill path to the beach alongside the field of sheep was a rather pleasant walk, passing a few others on dog walks. I imagine even on the worst days, the reward at the end is definitely worthy. As the hedges part, you’re greeted with the most spectacular panorama. You’ve probably seen pictures of Harlyn Bay, but to see it in real life was quite breathtaking.

We made our way down to the golden sands of the beach from the coastal path, bucket and spade in hand (from the shop on site). We had the entire beach to ourselves.

Some dancing, wave running, pebble stacking and sand castle building later, the tide was approaching the top of the beach. Time to head on back for some blackened sausages.

Just a quick wander to the bar to sink a few pool balls and a pint of Cyder or two whilst the band plays. 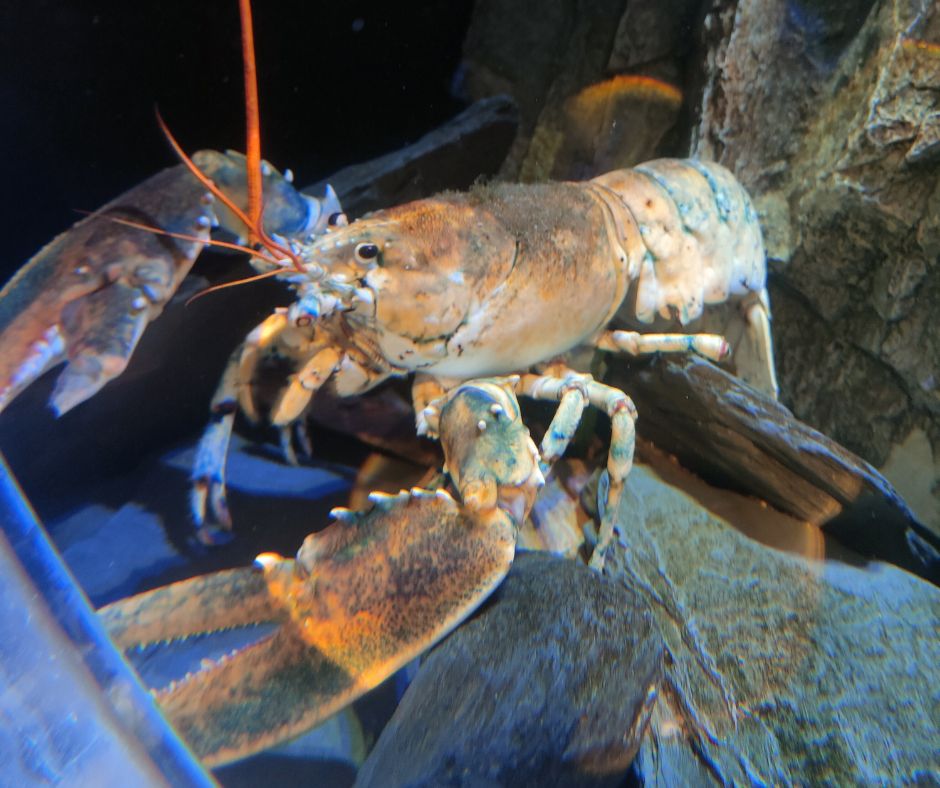 We’ve booked the van until Monday, but need to be back home for school runs and reality in the morning. So no need to pack up and rush off just yet. We decided to head back into town to visit the National Lobster Hatchery to see baby lobsters. We spent a good hour at the Hatchery. Reading the facts and quizzing each other. Watching the baby lobsters swirling in their tank. Colouring in, even Dad joined in at the colouring station. Then, outside we saw the river at the opposite end of its tidal spectrum than it was on Friday night. Today the tide was out and the tractors and trucks were busily scurrying around. Moving the sand from the river beds to allow the bigger boats access the harbour when indeed the tide rises once again.

Lunch today is another Cornish icon, the Cornish Pasty. We’d seen the queue outside the Chough Bakery on the Strand the day before, so in true British fashion, we headed to the end of the line. The result was perhaps one of the best pasties we’ve ever had (and we’ve had quite a few). Flaky pastry, good chunks of meat and potato and the perfect amount of peppery spice. Well worth the queue. It’s becoming quite clear why Padstow has such a great reputation amongst foodies.

We’ve decided to do some more exploring around Harlyn Sands before we pack up the car to head back home. The weather is rather pleasant so we make the most of the sunshine with an hour on the play park followed by a wander down to the beach. It’s a little busier today, but nonetheless beautiful. The tide is further out than yesterday so we climb over the rocks and explore the pools looking for sealife, and paddle in the chilli, but clear water of the bay.

Eventually, but reluctantly, it’s time to head up to the site to pack our bags and go. There were so many activities on site that we didn’t get around to, like the swimming pool (with slides and rapids), Meady Makers’ arts and crafts, crab races and talent shows, pirate chasing and crazy golf. One thing is for certain. We will return to Harlyn Sands, our new spiritual home- even Dad has been converted! 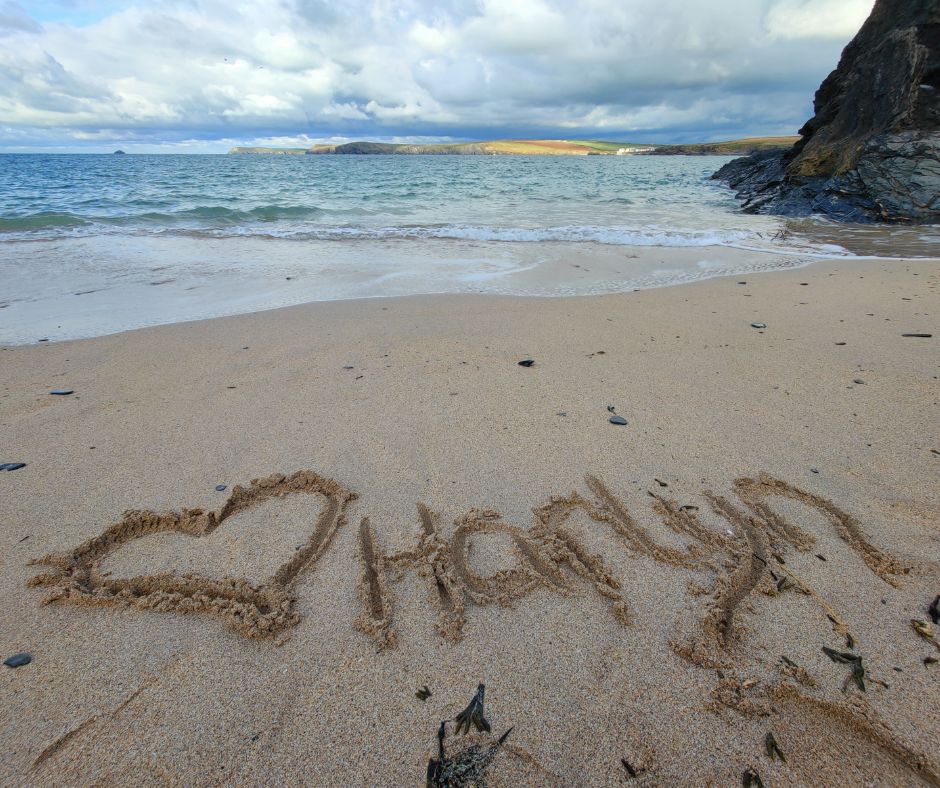 Back to news & offers